By Lee8 October 2021No Comments

T o say that animation is a lengthy process is a drastic understatement. True, animating digitally is a lot faster than the traditional method where teams of artists would draw a character in each individual pose, a frame at a time and paint the backgrounds by hand. However, I often think that if a client understood how long it takes to set up a decent walk cycle or sync a character’s mouth and movements to a line of dialogue, they’d be quite shocked.

As an example, let’s take a brief look at this Hunter S. Thompson Gonzo animation… 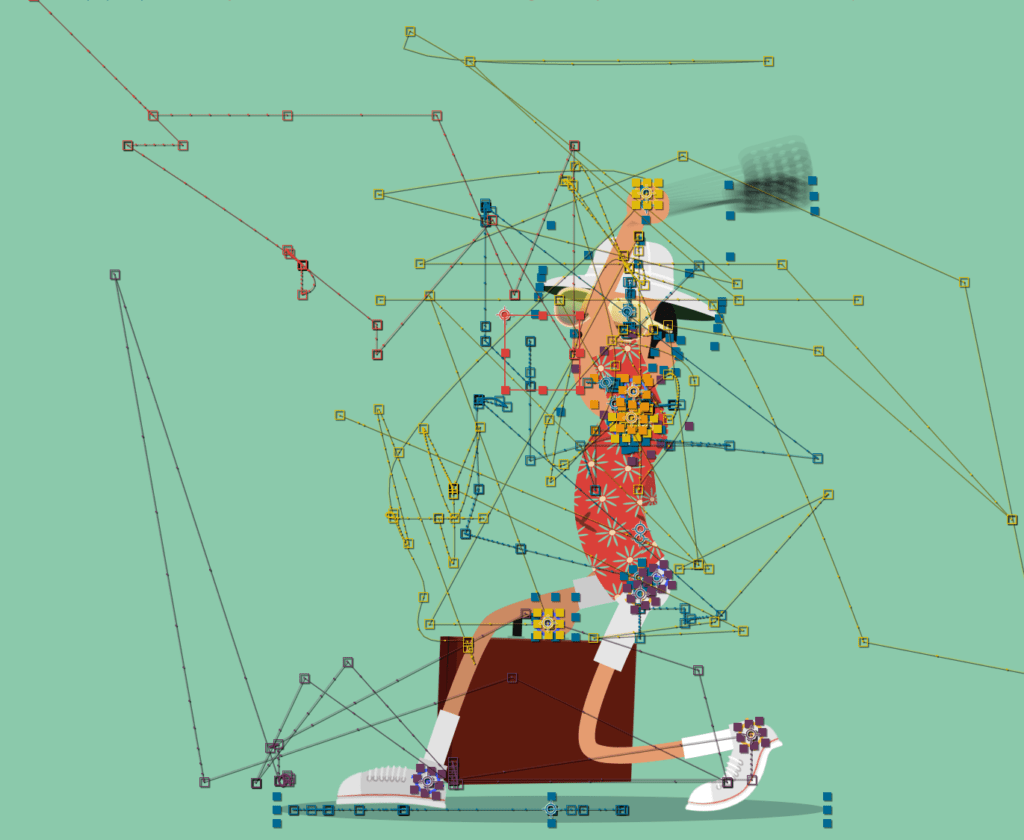 Ignoring the background transitions, the titles, the bats and any animated accents and focusing solely on the Hunter Thompson character, there are 2,164 keyframes spread over a few hundred layers. Most clients assume that such animated loops would be simple and take no more than a few hours when in fact, this particular animation took around two days to complete.

Now, think of a two minute animated explainer video with numerous characters, animated backgrounds, text and titles and on average, you’re looking at between 4,000 and 15,000 keyframes. An average explainer video takes around 3 weeks to fully produce (this excludes the pre-production process which usually takes about 4 weeks). Also, take into consideration that we’re not just keyframing a limb or a mouth at random, it’s all thought out and quite often achieved through a degree of trial and error which means that most of the keyframes will have been edited, adjusted or even deleted and reworked several times over.

If you think that seems like a lot of time for such short animations, let’s look at an average Pixar animator. In 23 years of working for Pixar, Wendell Lee has produced a total of 41 minutes and 20 seconds of animation. That’s around 1 minute and 47 seconds per year. Now, I’ll readily admit that we’re nowhere near Pixar’s level but hopefully, it should help you understand that animation is a very long and complicated process to undertake.