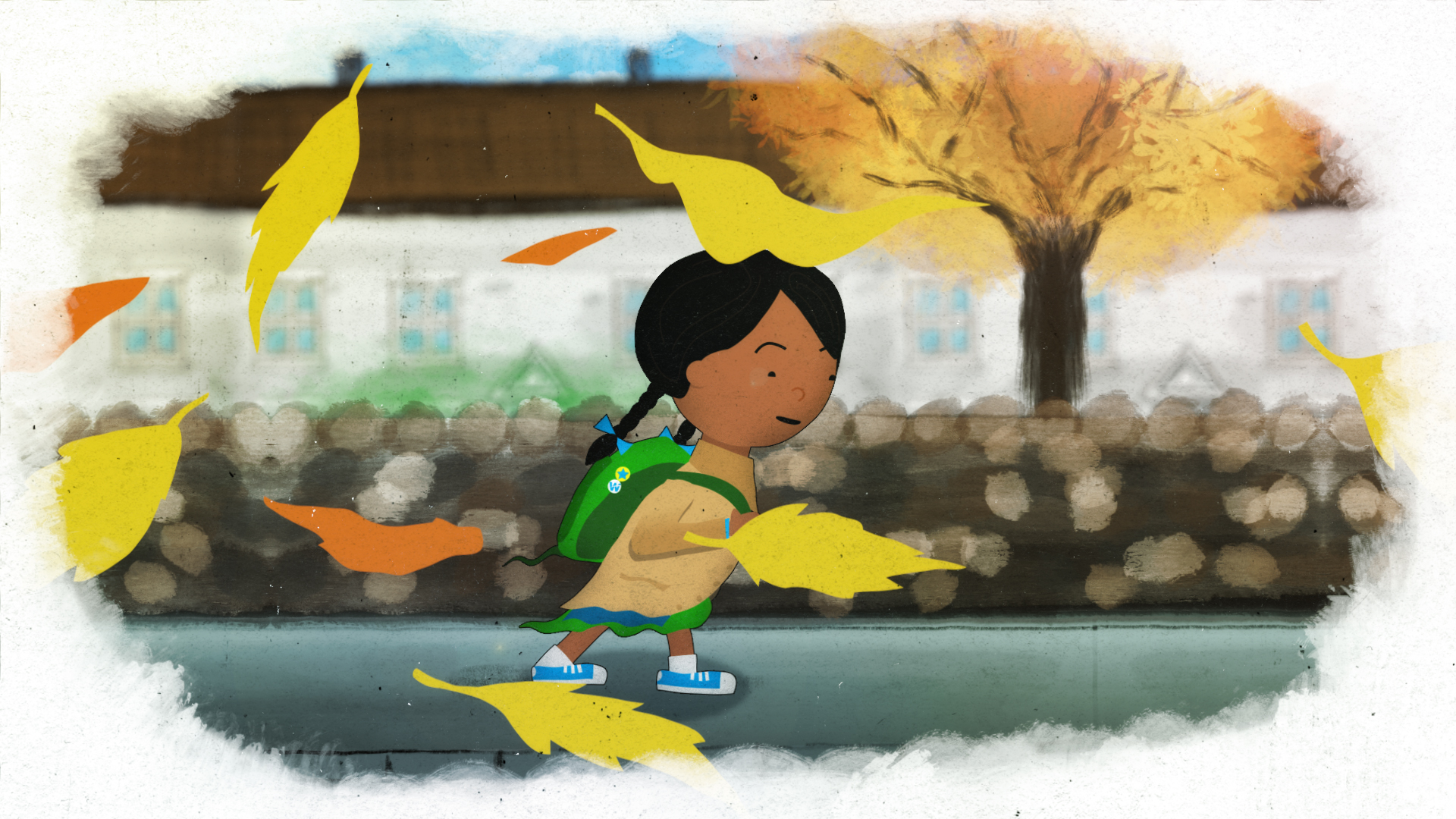 From the first call with Misbah (Head of Partnerships at Wakelet) I’d realised that this would be one of those projects where we’d be on the same page throughout. Most of the time, this really didn’t feel like work, the job honestly felt like a personal project. Misbah’s creative approach, his points of reference and his ideas were all either shared or wholeheartedly agreed upon. Even the feedback (which can sometimes be a point of minor contention) was constructive, clear and and improved the video tremendously.

What Misbah was originally looking for was a way to connect with viewers on a comforting, emotional level while minimally featuring Wakelet throughout the main character’s life story. Once the first iteration of the animation was complete, the team at Wakelet realised that, with some tweaks to showcase Wakelet to a greater degree, they would potentially have a very effective way of marketing their platform. So the deadline was extended and we added in several new scenes (you can see the original version here). This achieved a much better balance between storytelling and promoting Wakelet. What started out as a ‘nice to have‘ animated video turned into a promotional video that Wakelet can use to highlight what they offer.

Wakelet work to change the way people find, organise and share information. In a world of algorithmically-driven content, Wakelet puts people first, helping them organise and find the most relevant, authoritative and compelling content from across the web.

“…the response from our community and stakeholders has been phenomenal”

”The video ended up being a perfect reflection of our brand, our community, and our message.

Misbah GedalHead of Partnerships at Wakelet

”Working with Lee was a fantastic experience from beginning to end. He took the time to carefully listen to our brief and understand what we were trying to achieve through the project.

His thoughtful suggestions and attention to detail made us feel like our concept was in safe hands, and the resulting video was a testament to the high level of communication throughout.

Misbah GedalHead of Partnerships at Wakelet

🥰Oh my…all the feels🥰 in this animated short by@wakelet. It can be used in SO many ways.

Ask your imagination…where will your Wakelet journey take you? https://t.co/evgq9Rar5f

A wonderful heartwarming animated video from @wakelet As life takes us on an adventure, make sure you journey with #Wakelet Share #MyWakeletJourney 💙 https://t.co/CJTSEgaXHD pic.twitter.com/8ECcuBi4QE

Just watched the #mywakeletjourney video premier! It’s a perfect description of what @wakelet has to offer. I use this tool for organization, as a portfolio, as an idea board, and for my sanity as a teacher. I have a son as well and this tugged at my ❤️ https://t.co/2O3o6knZap

@Wakelet gave me all sorts of emotions to show how using Wakelet can help Ss evolve as learners throughout their life and learning journey! Check out the video: https://t.co/WPBGG6UVMl #MyWakeletJourney has evolved, but the best thing? Wakelet has evolved with what I use it for!

Watching Wakelet’s new animated video about their product and I LOVE it. Great Job again Wakelet!!! #MyWakeletJourney Here’s the link.https://t.co/3WODvejNHQ

So sweet! And this little video truly shows all @Wakelet can do for you during each stage of your life. https://t.co/XqCy4DT1qy

We tried a different creative approach for this animated video. Almost everything was drawn by hand in Procreate. This gave the video a very handcrafted look that’s difficult to achieve in After Effects. Although it can be very time consuming, it’s also extremely relaxing which helped make the project feel like a personal one rather than work.

Each drawing was exported as Photoshop layers into After Effects where I could animate everything individually. I used a ‘Posterize time’ effect to give it the feeling of playing at 15 frames per second as well as a ‘boil’ effect that makes everything move and wobble slightly out of place. These two effects together along with film grain make the video seem less like an average animated explainer and makes the whole piece feel like it’s made by hand (which most of it was). 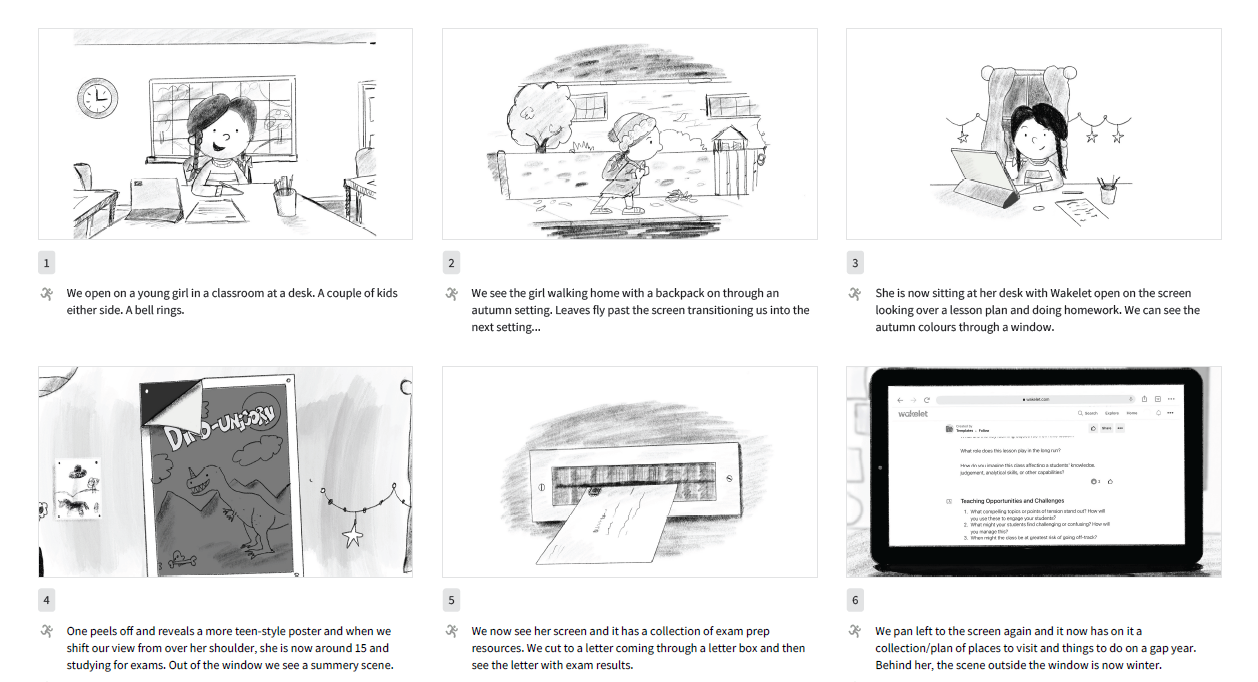 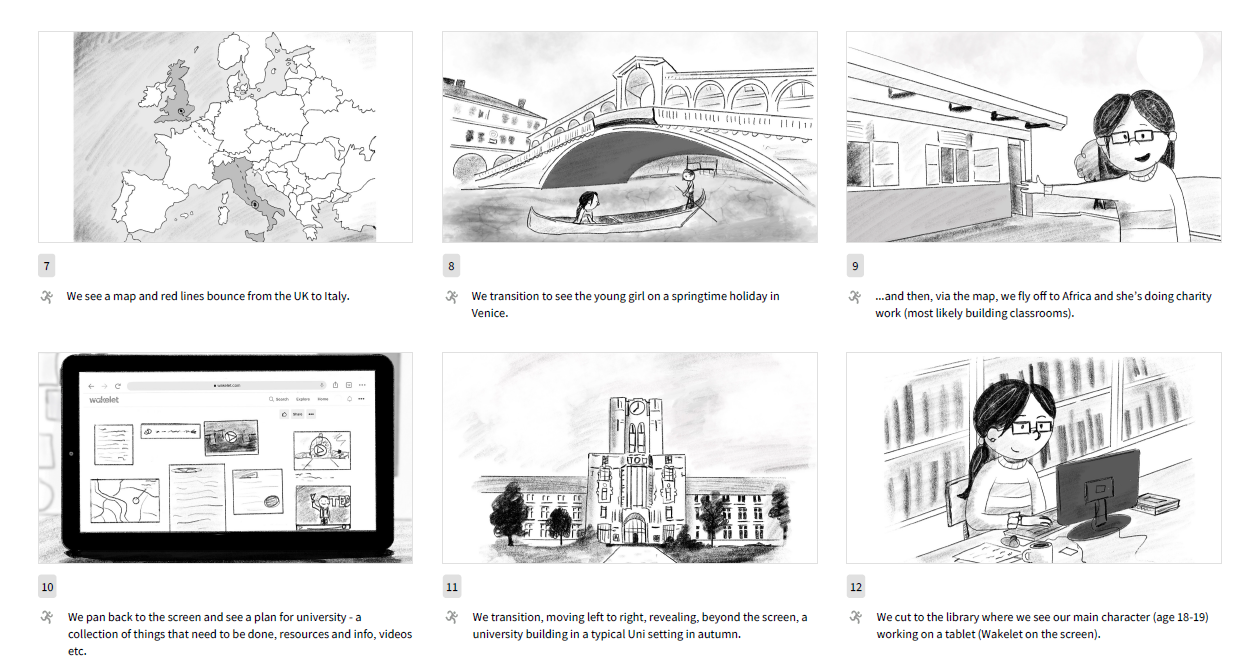 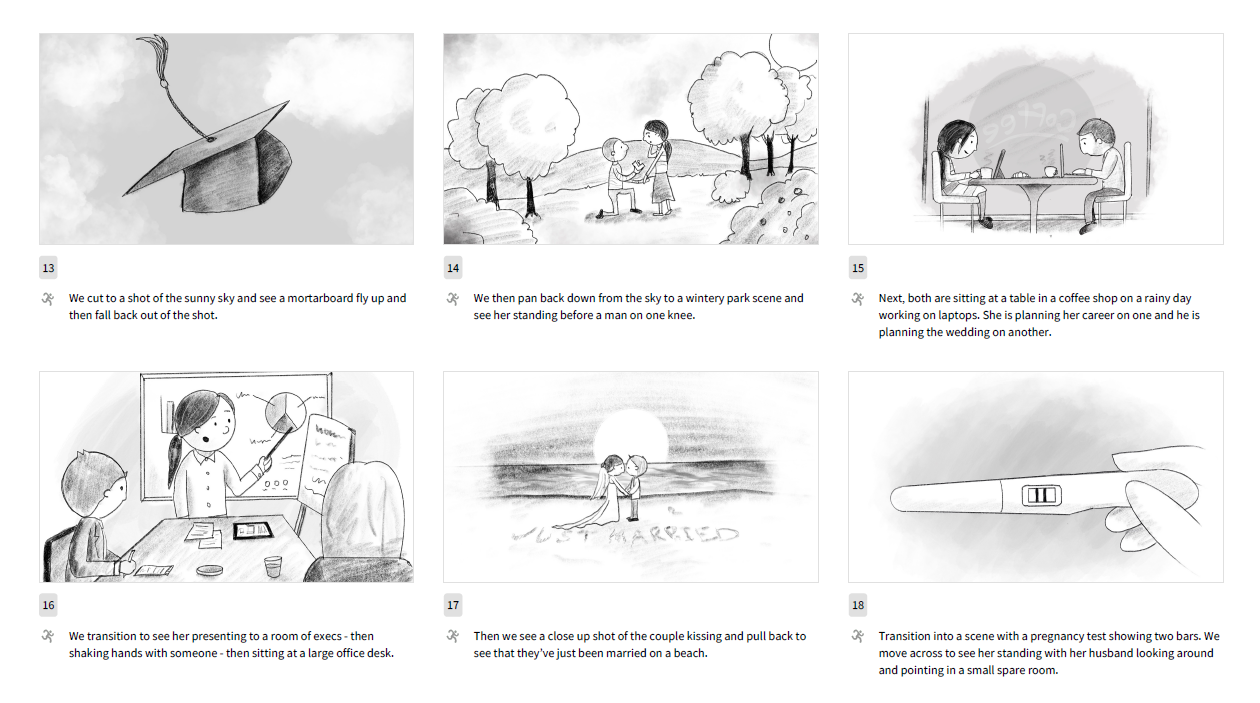 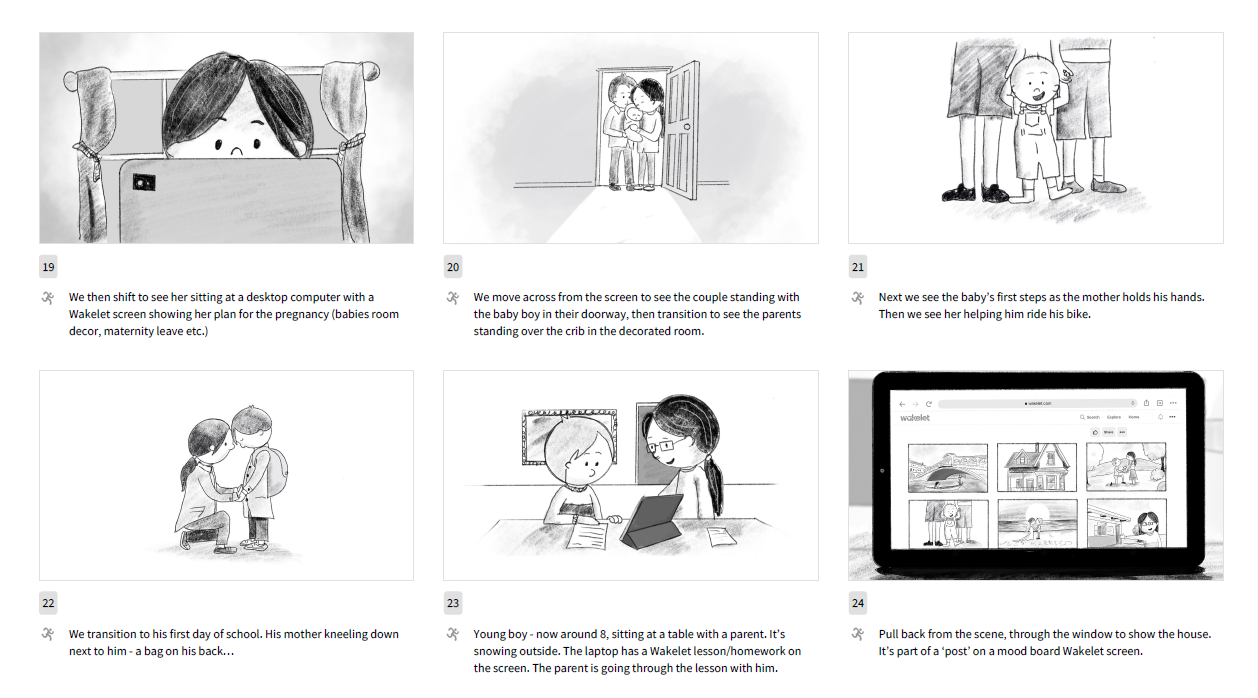