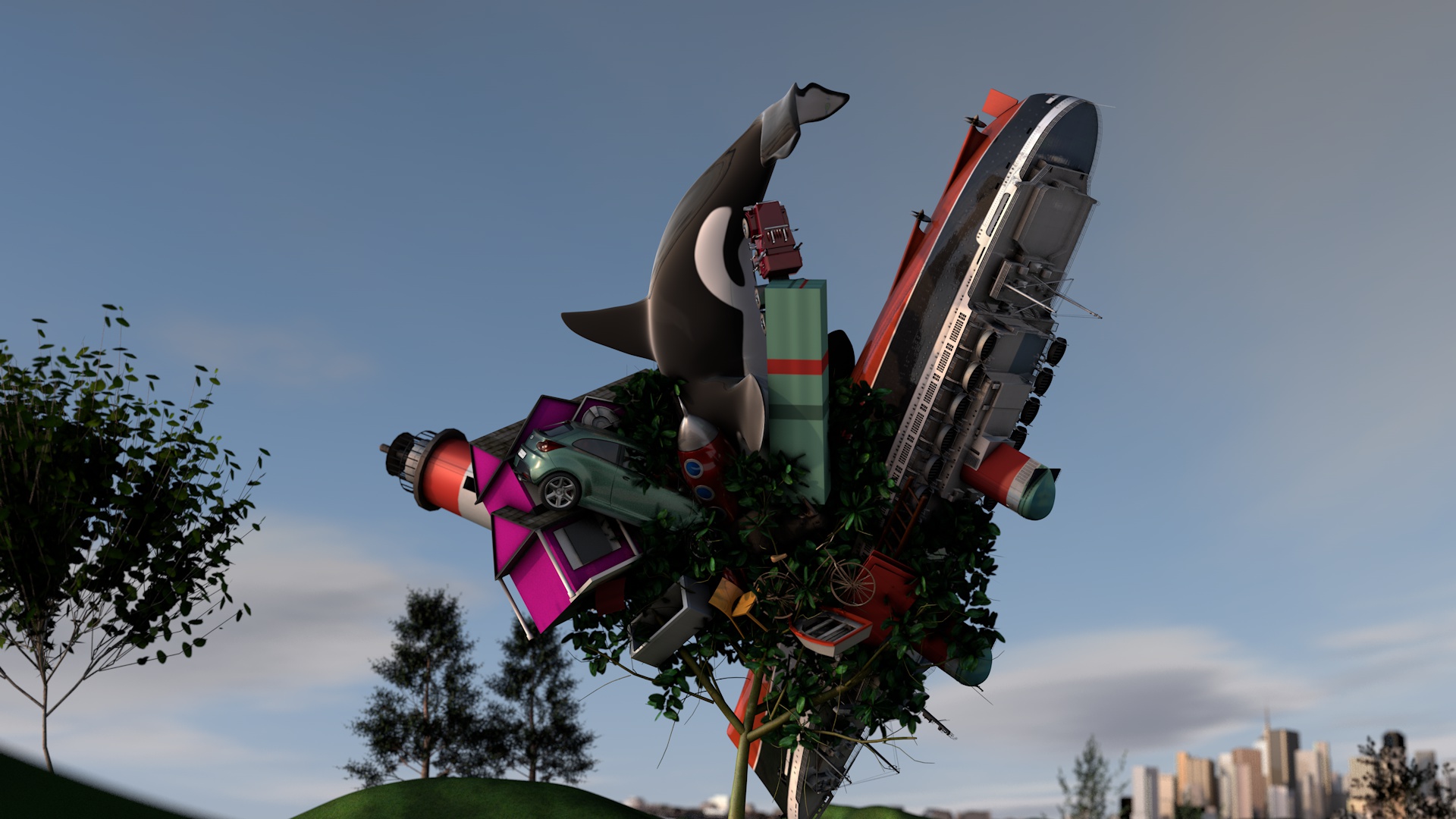 …and they all got stuck! 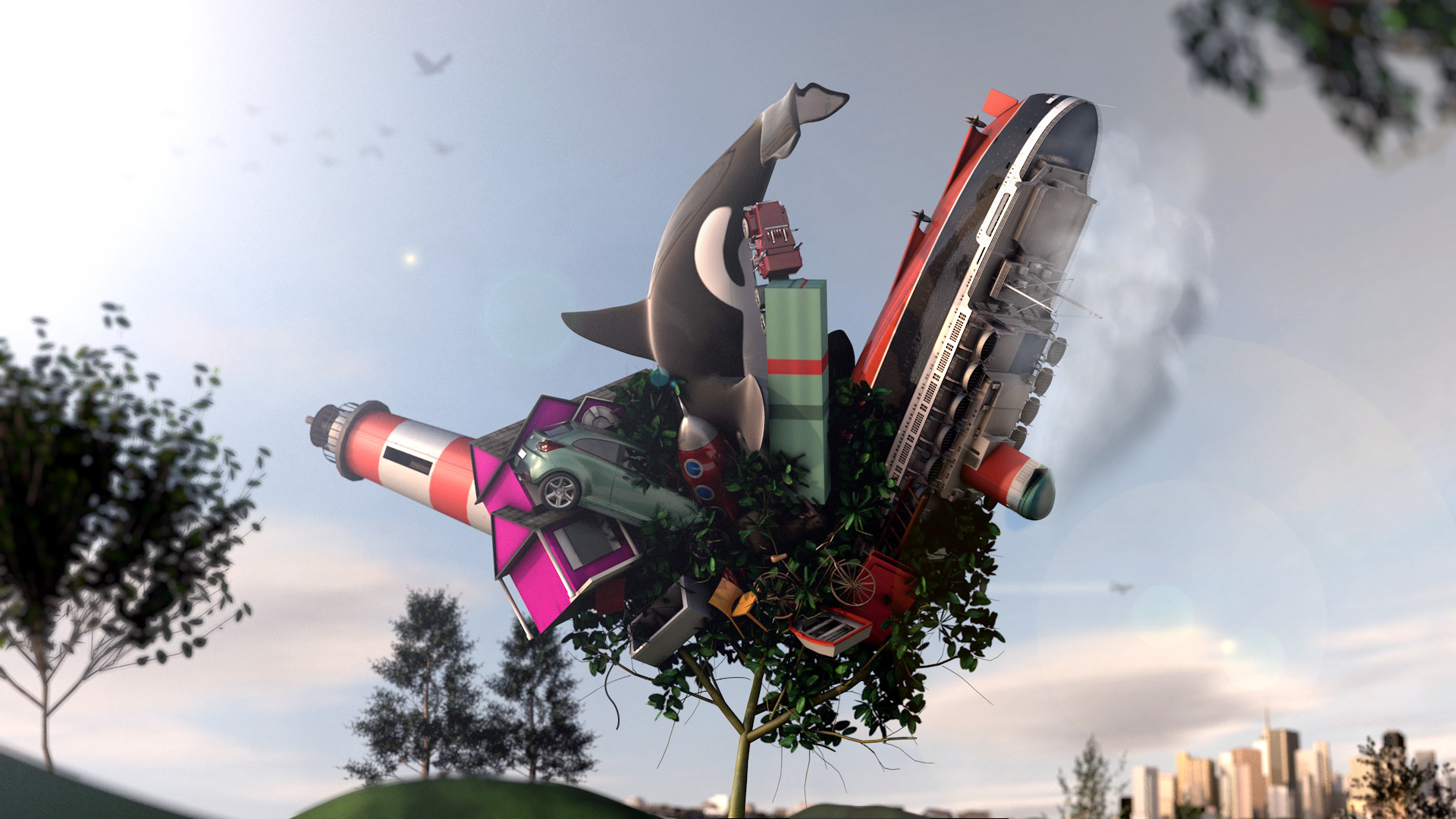 There’s an amazing artist who makes picture books named Oliver Jeffers. I often read his books to my children. After buying a few, I quickly became a bigger fan of the books than my two boys are. I bought his art book, Neither Here Nor There and became an even bigger fan. Since then, I’ve made a few animations based on his characters and scenes from his books. 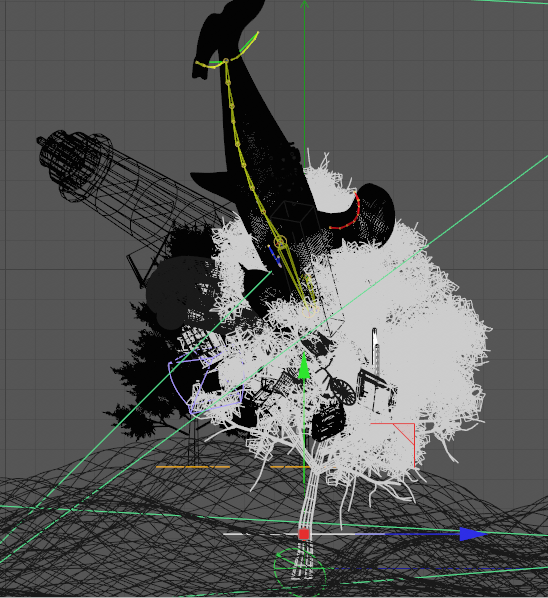 This time, I decided to recreate the tree from Stuck and instead of animating it and making it 2D, I create a 3D representation of the scene using Cinema 4D. 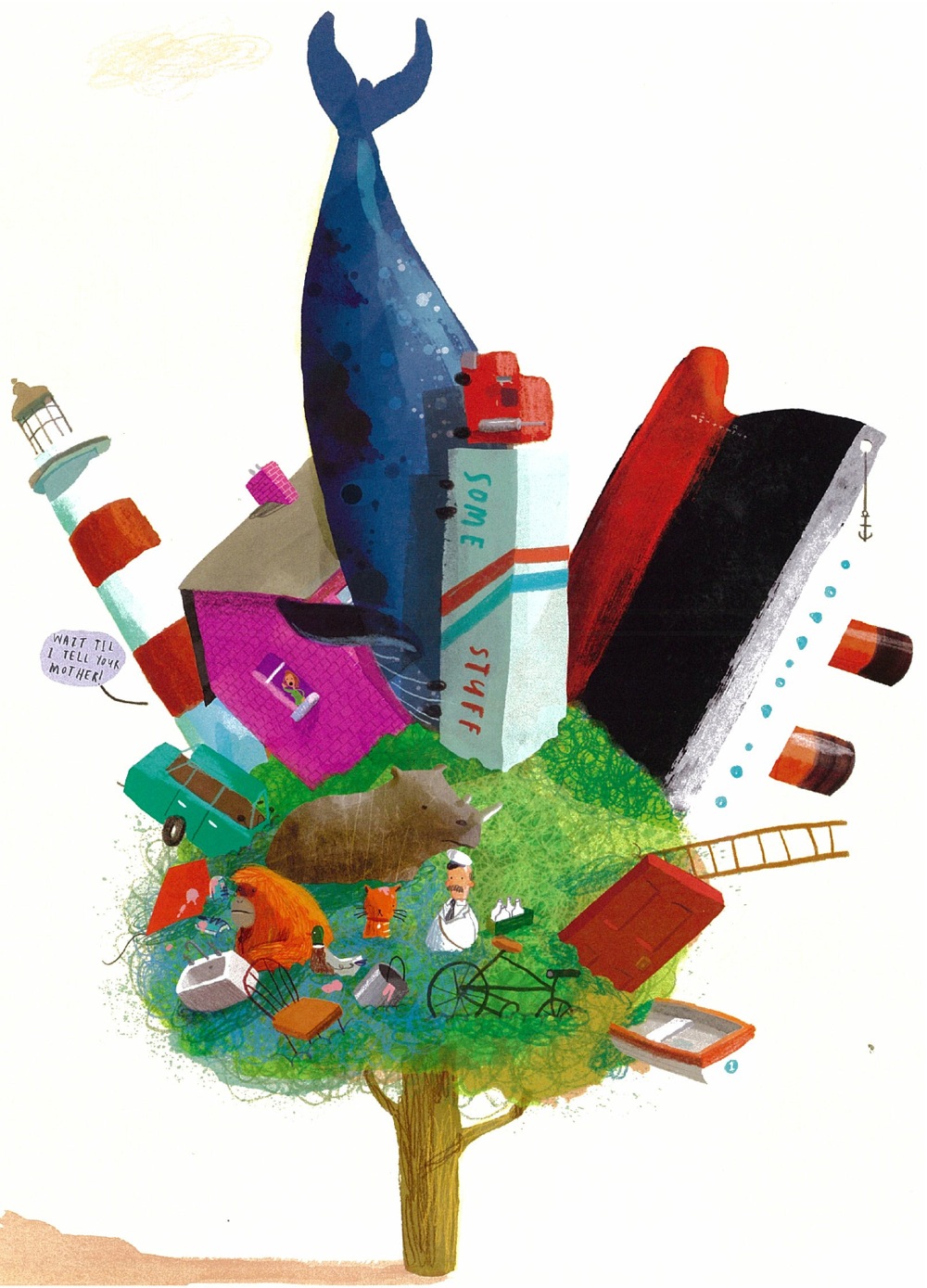