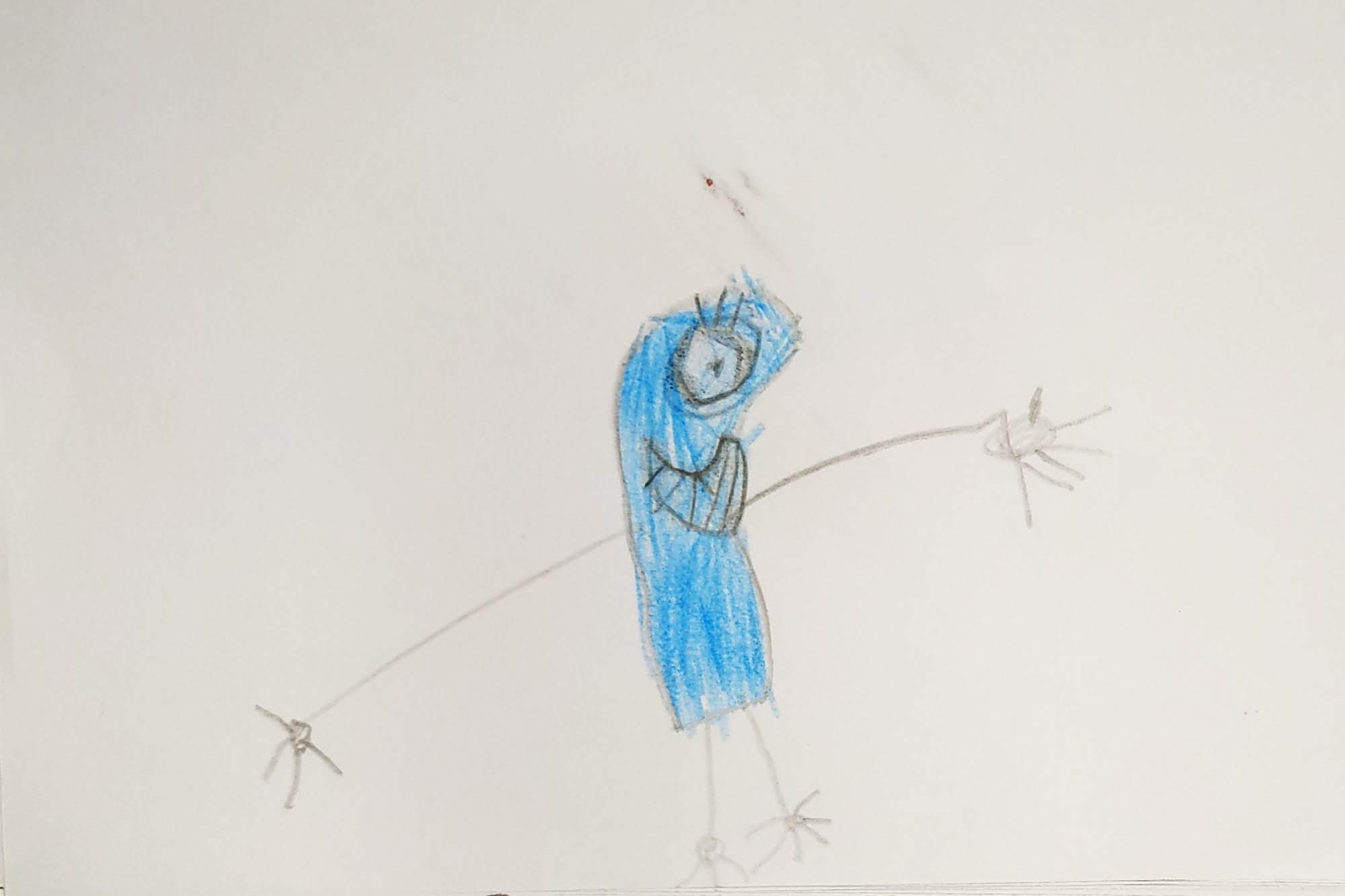 A round a year ago, my youngest son dropped off a strange little doodle into my office. He had asked if I could scan it and then make it walk in After Effects. I scanned it with my phone but then completely forgot about it. Last week, he asked me about it again. After feeling a bit guilt for having forgotten and being amazed that he’s happily and patiently waited so long, I found a little spare time and created what you see above. My son usually comes out with the most random, witty nonsense and generally he’s at least twice as loud as he needs to be but put a microphone in front of him and you’re lucky if you get anything other than the odd growl or squeak. After four or five tries, I got the voice-over we used. I have no idea where the name ‘Mr. Booby’ came from. I guess kids just like to say ‘booby’.